As a web psychologist, I focus on how people behave online – in particular how your customers use the internet. As a result, I can help you understand their behaviour so that you can engage with them better and make more money as a result. I help you do this with consultancy, seminars, workshops, webinars, mastermind groups, masterclasses and through the various books I have written. Indeed, I am an award winning writer having written more than 30 books since I started my own business 27 years ago.

I am a qualified psychologist and a member of the British Psychological Society and the Society of Authors.

I am a regular commentator and interviewee for many media outlets. You may hear me interviewed on the radio, or see me quoted in newspapers and magazines. My media section on my Internet Psychology website lists my latest media appearances.

You can also check out my Wikipedia entry. 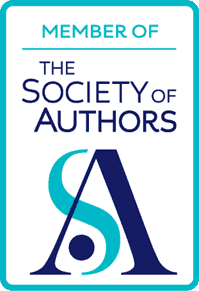 Sometimes people wonder where I get my stories from. Part of it is because I have a varied background. I have worked in radio, newspapers, magazines, in academia, for conference organisers, in public relations, at a record company and for myself. I’ve written 29 books and almost became a professional golfer. So, here are 12 things you probably never knew about me:

1. I have dissected a dead human body. As part of my first degree in human biology, I spent many happy hours with my hands foraging around inside a dead man, who I called George. I am always immensely grateful that he left his body to science and I was able to learn anatomy as a result.

2. I have sung on a record (Give a Dog a Bone by Sham 69) that actually made it into the charts (just!). I used to be Sham 69’s press officer and a mix-up over studio time meant that Jimmy Pursey (the lead singer of Sham 69) needed extra backing vocals and I just happened to be handy.

3. I started out as a writer at a very young age. I was editor of the school newspaper when I was just 8-years-old.

4. I once interrupted Maggie Thatcher while she was in mid-speech, by walking in behind her at the back of the stage; I had entered the building through the wrong door. Security? What security?

5. During the publicity for one of my books, I was being interviewed live on BBC radio. Mid-way through one of my answers, the presenter got up and walked out of the studio, leaving me alone on-air, talking as though I was answering his question. He came back a minute or two later as though nothing had happened.

6. At a conference in Italy which I had helped organise we finished with a firework display in the town square to celebrate. Unfortunately, we didn’t quite arrange things as best we might, and we managed to set fire to the town hall.

7. Three days after I had seen the film Titanic, in which Kate Winslet appears naked, I bumped into her (literally) in Boots in Reading (her home town). I didn’t know where to look..!

8. Driving to a conference in Tring, Hertfordshire, early one winter morning I hit some ice. The car skidded out of control, went up a bank and rolled over three times. I was left upside down in the car, on its roof. I crawled out through the broken windscreen to be met by some people who sat me in their car until the police arrived. When the police officer did get there, he stepped out of his car, lost his footing on the ice and slipped down the road saying ‘I see how this happened’. Apparently, I was lucky to be alive; yet I didn’t even have a scratch. I now detest people who don’t wear seatbelts..!

9. My favourite animal is the gorilla. At London Zoo once, surrounded by school children, I asked my primatology lecturer what the silver line down Guy The Gorilla’s back was. (I had missed the early morning lecture about silverbacks, obviously!). Dr Smith turned to me in front of all those school children, humiliated me by asking me several times why I didn’t know. Red-faced and embarrassed I had to admit I had missed her lecture. ‘I don’t expect ever to have to tell you this again Mr Jones,’ she said, ‘that’s the zip where the man gets in and out every day.’

10. During my time in BBC local radio, I once managed to mix up the ‘patching board’ – the set of cables that determined what the station was broadcasting. For 20 minutes the BBC had been re-broadcasting the pirate station ‘Radio Caroline’ before anyone noticed.!

11. I hate swimming, and my biggest fear is drowning; I have never managed to come to terms with a boy in my year at school drowning in the school swimming pool aged 11.

12. My wife used to work for the Bundesbank (the German national bank) in Frankfurt. Returning home from visiting her, I was rather bleary-eyed one Monday morning. I arrived at the airport and headed to the usual departure gate. However, things had changed, and my regular flight was leaving from another gate. As I boarded (unchallenged) I noticed something quite unusual. I was actually only moments away from being a stowaway on board a direct flight to Mexico City instead of London Gatwick. Whoops!